Second win in a row for Tilly XV

On Thursday some of the most handsome boats from the classic yachting circuit gathered again on the waters of Saint Tropez to fight for the 8th edition of the Gstaad Yacht Club Centenary Trophy, the only sailing trophy reserved to one hundred years or older boats. A record edition for many different reasons: the highest number of entrants, the tough conditions on the race course, and the first boat to conquer the Trophy for the second time in a row in the history of the regatta.

Sunny and blue skies but rough conditions indeed for such old beauties: 20 to 25 knots of wind and a swell of more than three metres. So much that only 9 brave crews out of the twenty-two entrants succeeded in finishing the 9 miles long coastal race. And if last year it was a question of a handful of seconds, this year German-flagged Tilly XV crossed the line with an advantage of several minutes, conquering her second victory in a row. Silver went to a newcomer to the event, the gaff cutter Kismet, celebrating her 120th anniversary in style, whilst 7 Metre I.R. Mignon from 1912 got to the third step of the podium.

“It’s always great to compete in the Centenary Trophy. This year the tough conditions put to a test both the bot and the crew. The beautiful images of this windy but clear day will always be with us.” Declared Corentin et Caroline Thiercelin from team Mignon.

Racing started in moderate winds, that progressively increased to exceed 25 knots at the mark positioned outside the bay, creating a considerable sea-state. Showing incredible speed for her small size and a very strong performance from her skilled crew, with skipper Juerg Moessnang and owner Siegfried Rittler, on the reaching leg Tilly XV earned an unbeatable margin, keeping it until the finishing line, positioned just off the old harbour.

The Centenary Trophy, raced in a pursuit format with staggered starts, features an especially created and constantly refined handicap system, allowing very different boats in size and rig to compete on equal terms, with the first boat to cross the line off the Saint Tropez breakwater to be declared the winner.

“It was a great day for us. Big waves, a lot of wind, it was very hard to sail. I’m a mountaineer, climbed the Himalayan peaks many times, and today sailing was a bit like climbing a 2,000 metres high mountain… But the most important thing is that I did it with my best sailing mates, our team is like a family. I hope we will be back in Saint Tropez in 2019. Thank you all for the great experience.”  said Siegfried Rittler, who has been owning and caring for Tilly XV for over 28 years, at the dinner where he and his crews were awarded with the Centenary Trophy.

Tilly XV was built in 1912 in Germany for Prince Heinrich Von Preussen, the brother of Kaiser Wilhelm II, and is the fifteenth of a series of boats that all carry the same name. She is a Sonderklass racer, with a particularly contemporary design, that won the Kiel Week in the very same year she was launched.

The prize-giving night, with more than 150 guests, was held right off the Saint Tropez waterfront. Besides the silver Centenary Trophy, the winners were awarded with an exclusive 5-days stay at one of Soneva Resorts in the Maldives or Thailand and a copy of the limited-edition print photo by Juerg Kaufmann.

The Centenary Award Silver Bowl for the boat deemed the Centenarian of the Year 2018, awarded to Folly, was handed over to her former owner Argentinean naval architect Germán Frers.

“Congratulations to all the crews, the conditions were not the easiest ones for centenarians. But sailors and boats showed incredible ability and strength. I hope to see all of you and maybe even more boats, compete again next year in the fantastic race for the Centenary Trophy.” said Peter Erzberger, Commodore of the Gstaad Yacht Club during the awards ceremony, thanking President Tony Oller for the co-operation between his club and the SNST.

Maldives’ Soneva Fushi inspires the imagination with 61 spacious beachfront villas, ranging in size from one to nine bedrooms, hidden among dense foliage and located within the Baa Atoll UNESCO Biosphere Reserve. Watch classic movies at our outdoor Cinema Paradiso. Choose from nine different dining options, five hundred wines and 11 types of pillow. Unwind at our on-site Six Senses Spa. Nature’s resources are transformed into art at the Glass Studio, while The Den gives children the freedom to live their island dream. Glorious days are spent star-gazing at the Observatory, sampling organic delicacies and exploring the coral reef.

Nestled on the unspoiled island of Koh Kood, far beyond Thailand’s tourist trail, Soneva Kiri offers unforgettable, authentic Thai experiences. Hike through lush jungle, relax at the beach, swim in nearby waterfalls or snorkel in crystal clear waters. Unwind at Six Senses Spa. Savour candlelit dinners at Benz, arguably the best Thai restaurant in Thailand or dine in the canopy at Treepod Dining. The subterranean Wine Cellar features more than 350 labels. Delights await our youngest Soneva guests, with complimentary ice-cream and chocolate parlours, as well as the Children’s Den shaped like a giant manta-ray hanging high in the treetops. 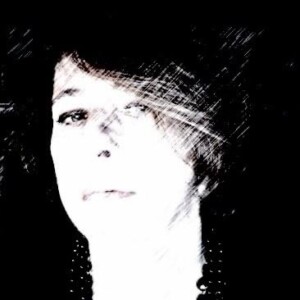